By Giulio Giaconi and Dave Bunten

More than 100,000 people are injured in road crashes every day, resulting in costs of over $6 billion every single day. Currently, road accidents represent the eighth leading cause of death globally and the leading cause of death for children and young adults aged 5–29 years. Moreover, it is estimated that 500 million people will suffer life-changing injuries or be killed in road crashes between now and 2030, with the economic cost being more than $25 trillion.

At the end of 2020, iRAP teamed up with the Omdena collaborative platform for an 8-week AI challenge to help reduce the consequences of dangerous roads around the world.

The AI challenge involved 31 collaborators, 35% of whom were women, from 17 different countries. Machine learning practitioners used their expertise on the project to address the serious impacts of road crashes and develop innovative solutions to address them.

During the project, the team worked on the following challenges:

Real-world data science strategies and procedures were used throughout the project. The team went through the entire process from data collection, to preparation, and modeling. Finally, all the different workstreams have been summarised into a user-friendly dashboard to show the most relevant aspects and outputs of the work.

Assessing Road Risk To Save Lives

iRAP currently assesses road risk based on the value of more than 60 attributes that are coded for every 100-meter section of each road in the world. Features include traffic flow for cars, motorcycles, bicycles, pedestrians, and others; structural properties of the road, e.g., the number of carriageways and lanes, the types of intersections present, and the curvature of the road; the presence (or absence) of security features, e.g., shoulders and fencing; other road features, e.g., speed limits, lighting conditions, and many others.

Because attribute collection and coding are performed mainly manually, this process is a truly colossal effort given the large number of roads and attributes involved. For this reason, the main aim of the project was to make the whole process of feature extraction and road risk assessment faster and more efficient mainly through automation.

More specifically, we identified the following techniques that could help improve the current process:

Computer vision techniques were used in this project to detect relevant road features from images at scale. Feature extraction from various sources was a crucial task for the project because the extracted features would provide the necessary training data for the machine learning models.

Feature detection in panoramic images proved to be particularly challenging due to the lack of numerous pre-trained models capable of detecting objects in panoramic images. Volunteers tackled this issue thanks to a sprint labeling exercise using a dataset provided by TomTom, and using the python labellmg package, a full tutorial on how that data was collected is here.

The most modern computer vision techniques have been implemented on various datasets, and their accuracy has been evaluated to determine the best performing model. Machine learning models that have been investigated for ground-level imagery include the You Look Only Once v3 (YOLOv3), the Histogram of Gradients (HOG), the MobileNet Single Shot Detector (SSD), and the RetinaNet. The YOLOv3 model was chosen in the end because it provided more flexibility for our requirements as well as a good enough performance.

Concerning aerial level imagery, volunteers investigated various convolutional neural networks, including the VGG16, ResNet50, and Inceptionv3 models, to obtain traffic flow estimates. These models were trained on various datasets including the DOTA-v1.5 dataset. Road features were also obtained from OpenStreetMap data by means of the osmnx python package, and a model to detect the types of the intersection was developed using an autoencoder trained on Google Maps satellite images.

Work has also been done on detecting school road warning signs on roads by means of a ResNet50 model, and on detecting road curvature.

Regression models were considered in different workstreams in this project. First, regression models were used to assess what road features were of the highest importance in evaluating the iRAP score. In other words, the question that was being addressed was: what features, out of the 60+ available, can be used to approximate well enough the iRAP score of a road? To answer this question, volunteers worked on various types of regressors including random forest regressor, extreme gradient boosted (Xgboost) regressor, and categorical boost (catboost) regressor.

Regression techniques have also been used to compute the risk score automatically on the basis of historical road incident data. To this end, the comprehensive road safety dataset and the road traffic dataset, both published by the UK Department for Transport, were used as training datasets. The former dataset provides plenty of information on car accidents and road features, whereas the latter provides traffic information for various roads.

Additionally, OpenStreetMap’s data accessed through the Overpass API was used to calculate the distance between accidents and various landmarks, including schools, colleges, universities, hospitals, bars, pubs, and restaurants, which was one of the additional features that were used in our model. We trained both a random forest regressor and a gradient boosting regressor, using the level of accident severity as the target variable.

One of iRAP’s priorities for this project involved scaling their data-driven operations with automation. Road attributes change over time and this, in turn, can change the rating a road receives. A pipeline using some of the above methods was developed to help create workflows that scale on a continuous basis. This pipeline demonstrated the capability to gather data, transform that data, train models, and predict iRAP road attribute scores.

Workflows were built using a python library called Prefect. Perfect allows the creation of directed acyclic graphs (DAG’s) which are labeled as “flows”. Flows are composed of “tasks” and logic around those tasks to help sequence them together towards a specific goal. A Perfect task can be created by decorating any python function or by leveraging an existing library of tasks built by others.

Flows created for this project involved tasks that ran Jupyter notebooks automatically with a library called Papermill. Papermill allows for automated and parameterized execution of notebooks. Using notebooks in this way allowed for straightforward transitions from analysis and experimentation to production-ready workflows. It also enables the flexibility for data scientists or engineers to expand or troubleshoot code in the future.

Reflections on the Project

A lot of data and great fun

The amount of data we could use was overwhelming, and, hence, rather difficult to process, e.g., be it because of the large number of pictures available to train our YOLOv3 model or because of the millions of records in the UK car accident datasets. Moreover, self-organizing workstreams focused on a large variety of machine learning techniques, allowing volunteers to experiment with many problems and types of approaches.

The power of collaboration!

Some collaborators opted to lead the various tasks and helped manage the workload among the collaborators and the different tasks. Regular weekly calls helped ensure the progress was on track and everyone was on the same page. Members from iRAP also helped guide the teams through iterative feedback and by answering questions.

A great journey for a great cause

We hope the worldwide collaboration and implementation of AI technologies on this project will help scale iRAP’s goals. The unique combination of Omdena’s model, global volunteer expertise, and iRAP’s data-driven approach created outcomes that may create safer roads for everyone. We had huge fun experimenting with so much data and so many different techniques, but, most importantly, we feel very proud to have had the opportunity to contribute to such an important cause. 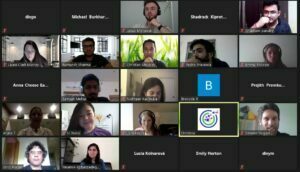