In this two-month Omdena Challenge, a global team of more than 40 collaborators built AI models that help to understand and avoid illegal dumpsites. The challenge partner TrashOut is an environmental project which aims to map all illegal dumps around the world and help citizens recycle waste accordingly.

Find all the technical details of the project here.

Each year we produce more and more waste. Dumps are often found in places without an address, without an easy way to report them, so getting rid of them can be next to impossible. A small part of the waste gets recycled but a huge amount of trash still ends up on illegal dumps which are everywhere, namely in our cities, nature, rivers, and oceans. There were 55,000 reports of illegal dumping made in 110 countries.

Every day, an average of 1 kilogram of waste is generated per person around the world, which is 2.7 Billion tonnes of waste every year. This is enough waste to fill 285,000 trucks. If we were to put them in a row, the line would go from New York to London.

In addition to economical and ecological damage, illegal dumping can have detrimental health effects for people that are living nearby. Dumpsites are a breeding ground for insects like mosquitoes and flies, but also for animals that carry diseases like rats, skunks, and opossums.

Depending on the country, a few of the life-threatening diseases that these insects and animals can bring Dengue Fever, Yellow Fever, Encephalitis, and malaria. Also, living in a community that has visible dumpsites could wear on mental health.

For sub-task 1.1 the team performed an in-depth analysis focused on six shortlisted cities, with the goal to represent different social statuses and geographical locations so all continents were included, and based on the availability of a considerable number of TrashOut dumpsite reports. The cities analyzed were:

The second subtask focused on creating a Machine Learning model that could predict whether a location is at risk of becoming a dumpsite. Based on the variables that were considered to be of a strong influence on dumpsites according to the analysis in the previous task, these variables could be used to predict whether a new location could turn into a dumpsite.

Predicted probability of a dumpsite

In order to analyze illegal dumpsites/ dumping (s) on a global scale, we combined the data from TrashOut with two other datasets:

From this setup, it was possible to divide the countries analyzed into four clusters, using unsupervised learning:

Excerpt of the findings on a global scale

More about our friends at 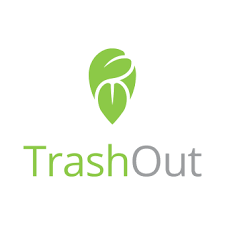 Amazing work done in a super short time. We hope to implement the work and make an impact on the world.

Articles from the project