Improving the Aftermath Management of an Earthquake

From a broad problem statement to a functional AI prototype in only two months to unite families in the aftermath of an earthquake.

This Omdena project has been trending on AI for Earthquakes via TNW.

The last devastating earthquake in Turkey occurred in 1999 around 150-200 kilometers from Istanbul. Scientists believe that this time the earthquake will happen directly in the city and the magnitude is forecasted to be similar than in 1999 (above 7 on the Richter scale). According to official records, 18.373 people died, 48.901 injured and 5.840 were lost (this is due to the poor base of the apartments). Major reasons for collapsed buildings were that they were built on silt or that they were poorly made by the constructor.

How can a city prepare for an earthquake?

There is much work being done across the world to use AI for predicting earthquakes and the damage.

A  group of changemakers at ImpactHub Istanbul wondered how they might help to mitigate disaster when an earthquake almost inevitably hits their city.

They pulled in Omdena for our proven expertise in taking a vague problem, identifying areas where AI techniques are well-suited, refining the problem statement accordingly, and quickly crafting a proof of concept or deployable solution.

The solution: AI for earthquake response

At the beginning of the challenge, we looked for approaches to the overall problem of reuniting families where the decision-making process would be relatively straightforward if we had the data necessary. In this case, parents and children should take paths that are likely to be “safe” after an earthquake and avoid those paths that are likely to be “unsafe”. The challenge was to define what “safe” and “unsafe” mean in this context. And then to find the data needed to assess safety for each possible path between a parent and a child.

The goal was to build a prototype for one region of Istanbul that could accurately predict and verify safe routes between schools, hospitals, workplaces, and homes. Focusing on Istanbul’s Fatih District, the team pulled together data on the buildings and streets and built a model that calculated a risk score for each section of the district. Using various algorithms, the shortest and safest path between two locations is calculated.

“In this project, we looked into reducing the risk of traveling after the event of an earthquake using suitable machine learning approaches. In the urban environment of Istanbul, we made the assumption that safety correlates with areas with low building density and safety correlates with wider roads and streets.” —Nguyen Tran.

Learn more about the data science behind this project in our blog articles below.

Building a prototype is a low-risk way to assess the applicability of AI techniques to a broad problem area and establish a direction for further investment and resources. With a proof-of-concept in-hand, ImpactHub Istanbul has defined a concrete way they can have an impact on earthquake response in their city.

Just as the project wrapped up in the last weeks of January 2020 its relevance was underscored when a 6.7 magnitude earthquake shook eastern Turkey, tragically killing at least 30 people and injuring more than 1600 — further motivating the team at ImpactHub Istanbul to turn the prototype into a deployable application that incorporates all the districts of Istanbul. Before the next earthquake hits.

“The result of this stunning process with Omdena was an AI-powered tool that helps families reunite in case of an earthquake by calculating the shortest and safest roads. It was really incredible to witness the productivity level when a group of talented people comes together around common motivations to solve problems for the social good. I believe that this is the way of working all companies need to achieve a degree in order to work with new generations.”

More information about our friends at 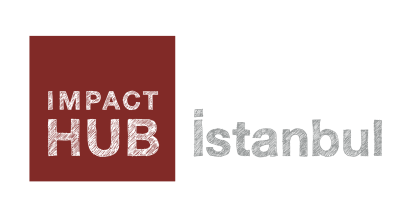 Omdena is a revolutionary idea and by far the best thing I saw in 2019. The biggest value of their global AI community is the delivery of a working solution in a very precise timeframe. Furthermore, as different community members contribute to the solutions, a significant level of diversity is integrated into the solutions. This not only prevents potential errors in a timely manner, but also brings a higher level of creativity to the challenge process.

Articles from this project