Yes, AI is Replicating Gender Bias: Here Are Three Ways Organizations (and Women) Can Change This 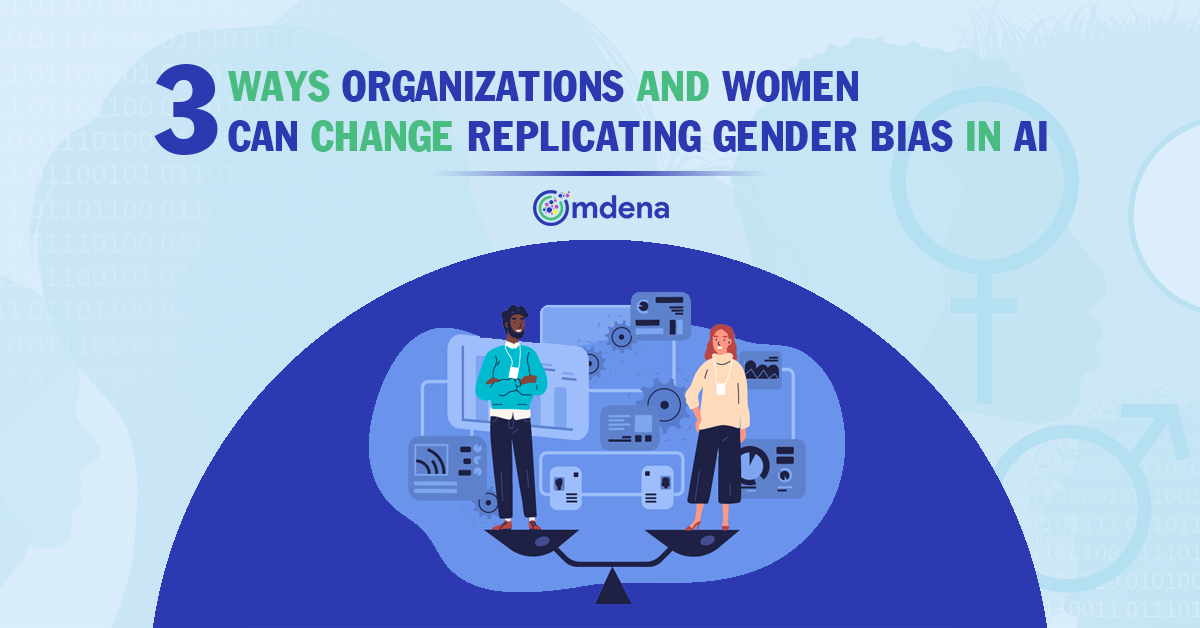 In this article, we share three ways organizations can follow to bring more women into the workforce and reduce gender bias in AI.

“Advancing gender equality in science and technology is essential for building a better future”, Secretary-General António Guterres stated, “We have seen this yet again in the fight against COVID-19”.

Women, who represent 70 percent of all healthcare workers, have been among those most affected by the pandemic and those leading the response to it. Yet, as women bear the brunt of school closures and working from home, gender inequalities have increased dramatically over the past year.

Now, all of this sounds threatening, however, there are several ways to not only “talk the change” but “walk the change of enabling more women in AI”. The following tips are derived from recent research as well as observations after working with more than 1000 female AI engineers on 60 social impact projects with UN entities, impact startups, and social enterprises.

How to encourage more women to join the AI revolution

Women possess unique perspectives and experiences and thus all the tools to help overcome some of the biggest challenges that AI development currently faces, including replicating gender bias.

The data that AI models are being fed stems from years of often white male-dominated organizations. No wonder current algorithms are replicating gender bias. While many are talking about diversity, few are actually practicing it and producing datasets that are indeed more balanced!

Not only are more women needed, but also more female diversity overall. This means teams need to have more women from different countries, ages, as well as educational backgrounds.

The reason is that most AI products affect not only a niche segment of the population but a variety of people.

In other terms, “a diverse set of people is needed to build products for a diverse society”.

In the following, I am sharing three recommendations established organizations, as well as new ventures and startups, can follow to bring more women into the workforce and reduce gender disparities.

In-person physical events during COVID can be problematic, however, there are virtual alternatives.

We, humans, are social animals. We crave contact with like-minded people. When we are with those we trust — our friends, people in the same club, members of the same professional association, or employees of our company — we feel safe and secure. This safeness is needed to create an environment for open dialogue.

Companies can organize in-house events for their female staff members or do community webinars to build brand awareness and attract new female talent.

For example, as part of our community events at Omdena where more than 40 percent of AI engineers are women, we organized a webinar series where female engineers could talk about the challenges, opportunities, and tips for women in tech. People not just opened up, but the audience was asking many relevant questions, which helped us to understand better what questions, concerns, and opportunities are there to build a safe and collaborative work environment in our projects.

In summary, by doing these types of events, companies will benefit from the following:

2. Include men in some of these events

In the end, we need to work together. Neither should we force certain roles on women or males, nor should we overly benefit one group. The secret is organic and natural team formations. This can only happen if we include all perspectives and listen to all voices. Because that will build an inclusive company culture where everyone can thrive.

Going back to my previous webinar example, we had many men asking questions and raising discussion points while one person was the moderator to ensure that both sides were equally considered. This brought in unique perspectives that would otherwise have been missed out.

Research indicates that women can be more collaborative, so focusing right from the start on a female-male collaborative environment, will not only benefit a team but an entire work culture of an organization.

Here is a real-world example of how to encourage and value more collaboration. In one of our projects, a team of 36 engineers built a machine learning model to prevent road crashes. At the end of the project, we asked each team member to give feedback about the work of their teammate as well as the project facilitators. A male collaborator (Ashish Kumar Panigrahy) described the female project leadership as follows:

“Rosana is a very supportive mentor & collaborator. She always makes sure the collaborators are super motivated and go in the right direction through her clear and empathic style of communication.”

3. Build products through a diverse and community-driven team

Now that we brought together more men and women we need more collaboration and diversity in our product development teams to reduce bias to a minimum. This can be achieved through forming inclusive project communities that build AI products based on common values, beliefs, and often a bigger vision. An organization needs to work more like a community with a shared goal and less like a company in a traditional sense where the key goal is to increase profit.

McKinsey & Company reported that companies in the top quartile of racial diversity are 35% more likely to have higher financial returns than the national median in their industry. However, this can´t be the primary reason why organizations should now move to more gender-balanced teams. Instead, studies have shown that teams that include individuals with a variety of backgrounds are more adaptable to change and more effective at solving problems. What could be better preparation for times like COVID?

In this project, a team of 30+ engineers works on an AI product to detect bias (including gender bias) in news articles. What better way to mitigate bias than having several teams accelerated by both male and female lead engineers from several countries? The team is broken down into various subgroups, and in weekly meetings, they are updating each other’s progress. This helps to share different viewpoints, identify bottlenecks, and solve problems way faster. It also brings way more diversified perspectives into the discussion of diversity and gender bias.

One of the team members Aboli, a female 21-year-old Machine Learning engineer from India, describes the experience as follows:

“Working in such a diverse team instills a sense of belonging that is not found in usual companies. You don’t feel the imposter syndrome at all, as everyone is eager to help you out and work together. The absence of hierarchy makes it very comfortable to work in. The ratio of female to male team members was almost 50:50 which is incredibly rare in AI. That impressed and motivated me the most.”

Lastly, another way to bring more women into AI is to introduce skill-based mentoring programs. Many tech communities, like Women Who Code, Women in AI, Barclays RISE, and many more, offer such accessible programs.

There are several benefits of mentorship such as building a strong network, learning from role models, and stepping up in one’s career in a faster manner.

Having a sense of clear direction is often missing for women due to a lack of female role models. Thus, having inaccessible and fewer mentorship opportunities for women in tech could mean fewer opportunities to advance into leadership roles. Becoming a mentor is something many do naturally and with great enthusiasm. It will help those organizations to have a more productive, happier, and overall more diverse workforce. Webinars, in-person events consisting of both men and women will facilitate a more equal future.

By making sure both men and women are represented in the discussion towards a more equal and inclusive work environment, an organization will start to think more holistically and do our best to create the right environment where we look beyond gender, race, and cultural background and focus on how we can collaborate as humans to build a better future. 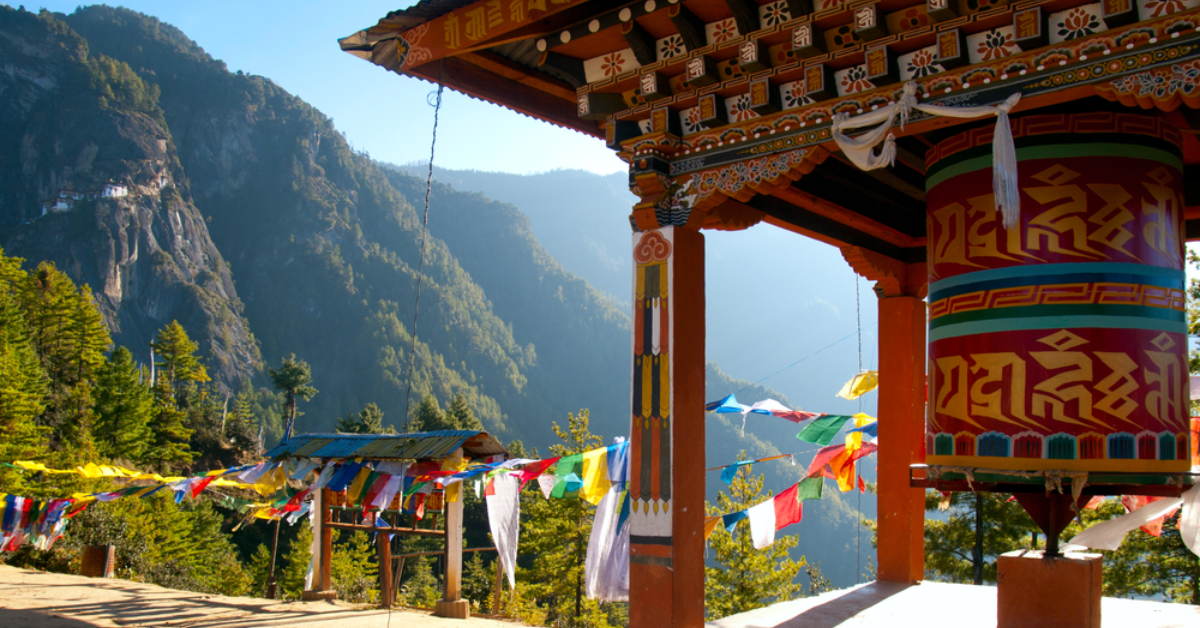